The Angels once had the worst farm system in the MLB, but after a few trades and draft picks, they have built themselves back up. With future start players like Jo Adell, Jahmai Jones, Kevin Maitan, Brandon Marsh, and the newly added Jordyn Adams. We are going to go over a brief summary of the Angels draft, and then go in-depth with each of the top prospects and look for some on the rise in the Angels system. 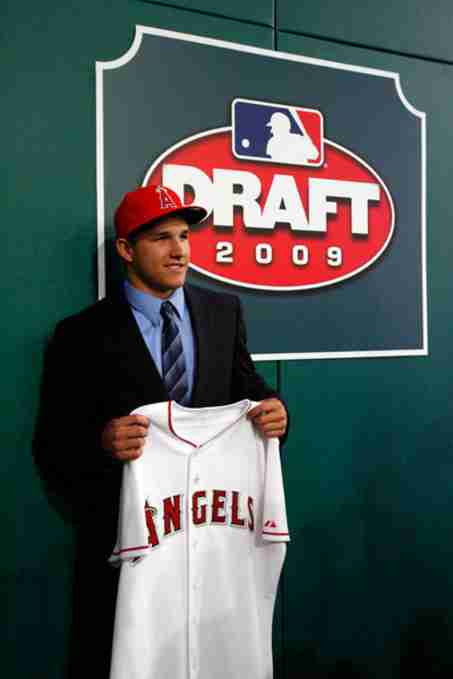 Back in 2009, the Angels received a compensatory pick for the loss of Mark Texiera to the Yankees. The loss at the time seemed like a huge blow, luckily for Angel’s front office, the perfect draft prospect dropped into their hands, with their 25th selection in the first round. Who was that you might ask? It is Mike Trout, who in his 8th season has already won 2 MVPs (On his way for a 3rd this season), 5 Silver Sluggers, and a 60.3 WAR that is already higher than some HOFers. The fact that he is still only 26 and is 181st in the All-Time WAR leaderboard is a true testament to how amazing a player Trout is. The MLB draft can change the landscape of the MLB and each team, the Angels know this from experience. 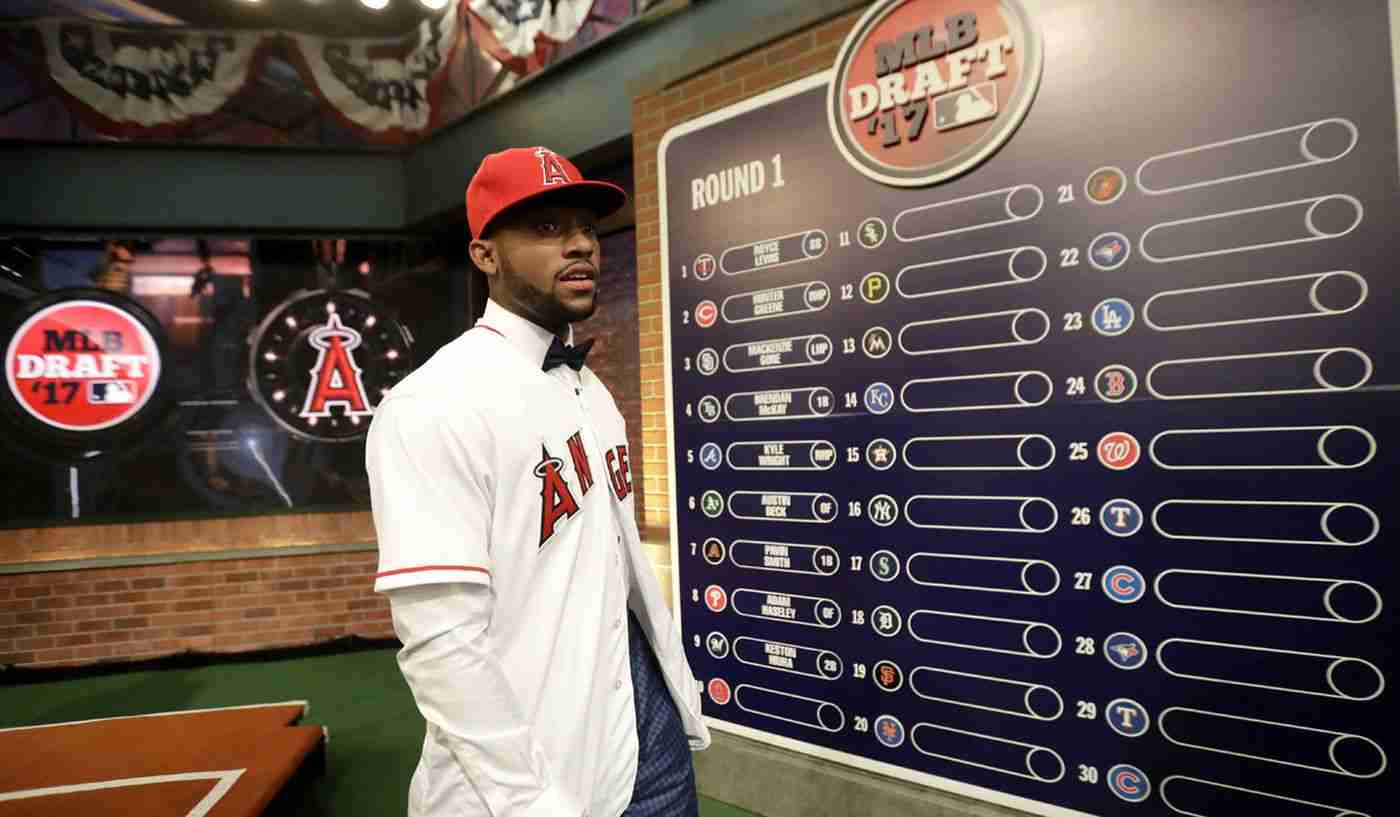 The Angels have already struck gold with their 2017 1st round pick, Jo Adell, who was a freak athlete out of high school that they selected 10th overall. He has already become the best prospect in the Angels farm system in only one season of being in the minors. Through 47 games this season Adell has, 13 HRs, 10 SBs, .303/.362/.601. His numbers this season have been eye-popping, and he is starting to show the hidden power that teams were enamored by.  After turning 19 in April, he looks to build his resume as he plays for the Burlington Bees this season. 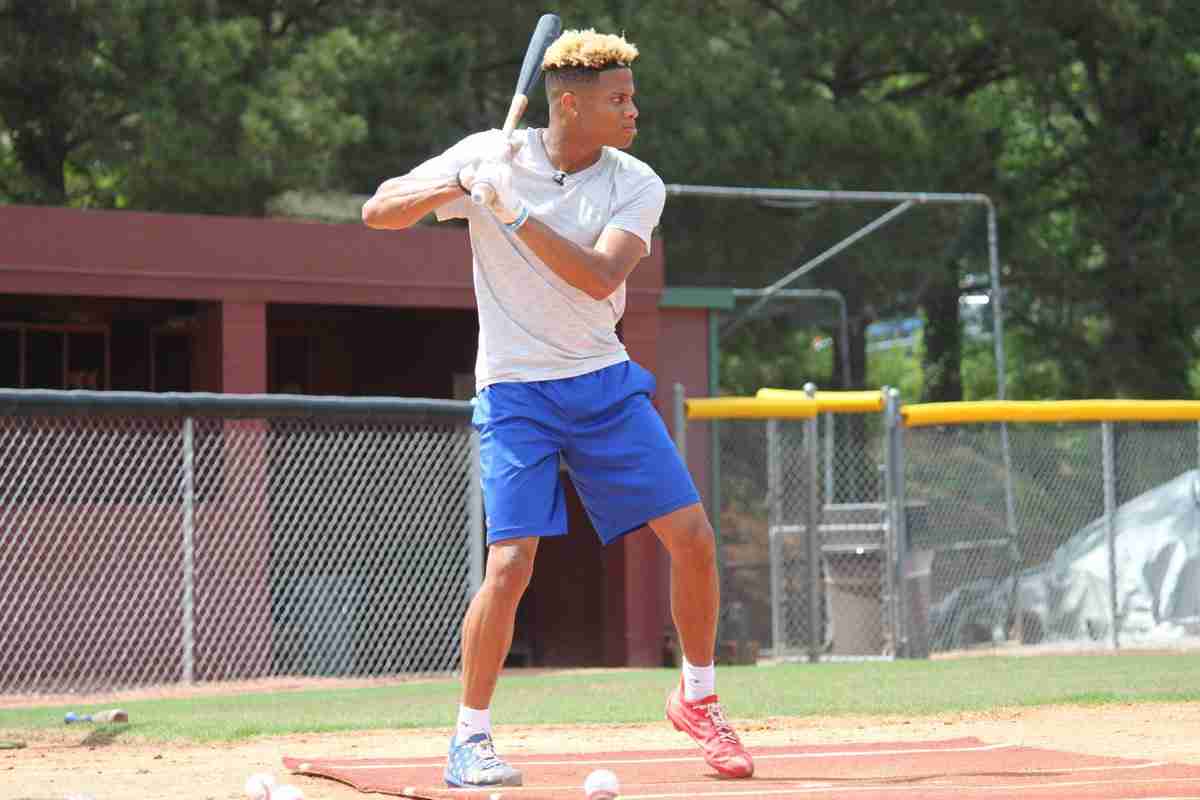 With their 2018 first round pick they selected Jordyn Adams, a high school OF out of North Carolina with their 17th pick. Adams and Kyler Murray were linked for their insane athletic ability and their football skill. Adams was originally committed to play football at UNC, he was a 4-star WR in high school. Murray went 9th overall, and the Angels snagged up Adams with the 17th pick. Adams is a freak athlete, that possesses great speed and hitting ability. He has similar talent, like Adell last year who was also an athletic high school OF.  Adams is still very raw, so don’t expect a rise similar to Adell. Most high school bats do not move up in systems as fast as Adell has.  Adams is still super talented and will be a corner piece of the Angels farm system for the future. 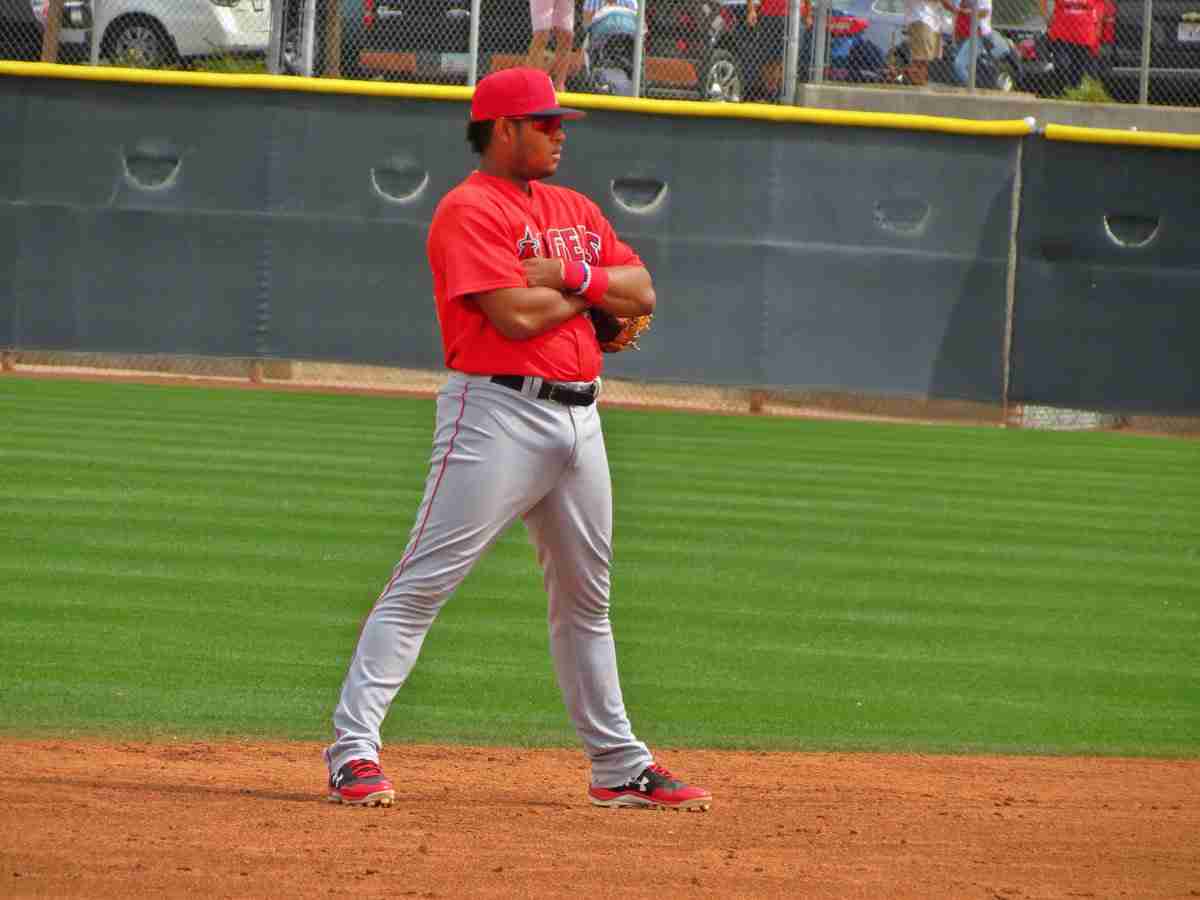 The Angles 2nd best prospect is Kevin Maitan, and how they got him is an interesting story. Maitan was originally the best international prospect in 2016, and he was signed by the Atlanta Braves. However, this last offseason the Braves were punished for illegally using international signing bonuses. The fallout of this has they had 9 prospects removed from their system, Maitan was the highly touted one that they lost. Maitan was quickly picked up by the Angels. He is known for his hitting ability and his defense, he is an SS with the power which is rare to find. On top of that, he is also a switch-hitter, which makes him a much more polished hitter. 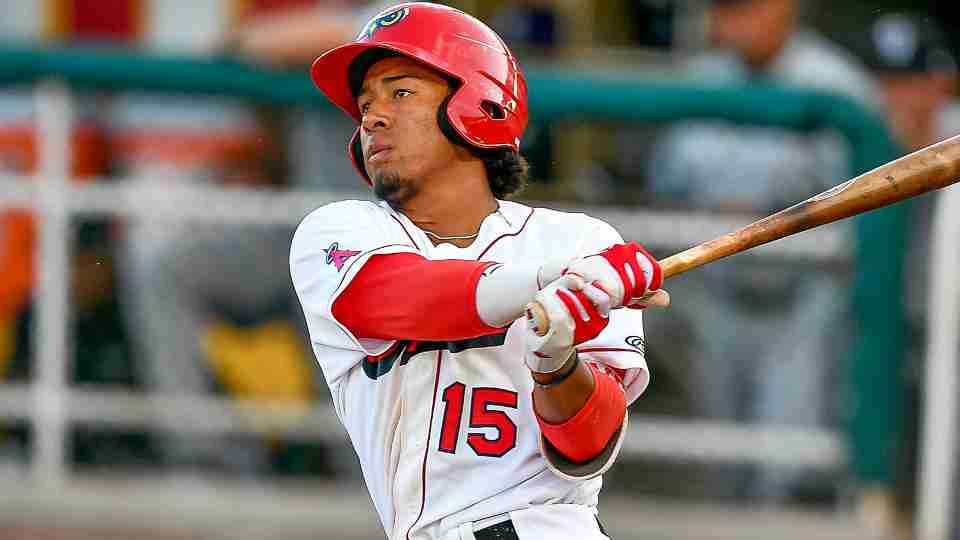 The 3rd prospect in the Angels system is Jahmai Jones, a 2B that was selected in the second round in 2015. He was a freak athlete out of high school, with bloodlines tied to CFB and the NFL, with his brother and father. We are starting to see a trend from the last few first-round picks by the Angels. The next guy on the list is not different with Brandon Marsh. Jones has a great run tool, and a bat that needs work, but should be able to give him a high ceiling once he develops. Since he was from the 2015 class, he should be ready soon. Many analysist were debating who the better prospect was before the year, between Jones and Adell. Adell has taken that torch for the season, but it should not take away from the ability and skill that Jone’s possesses. 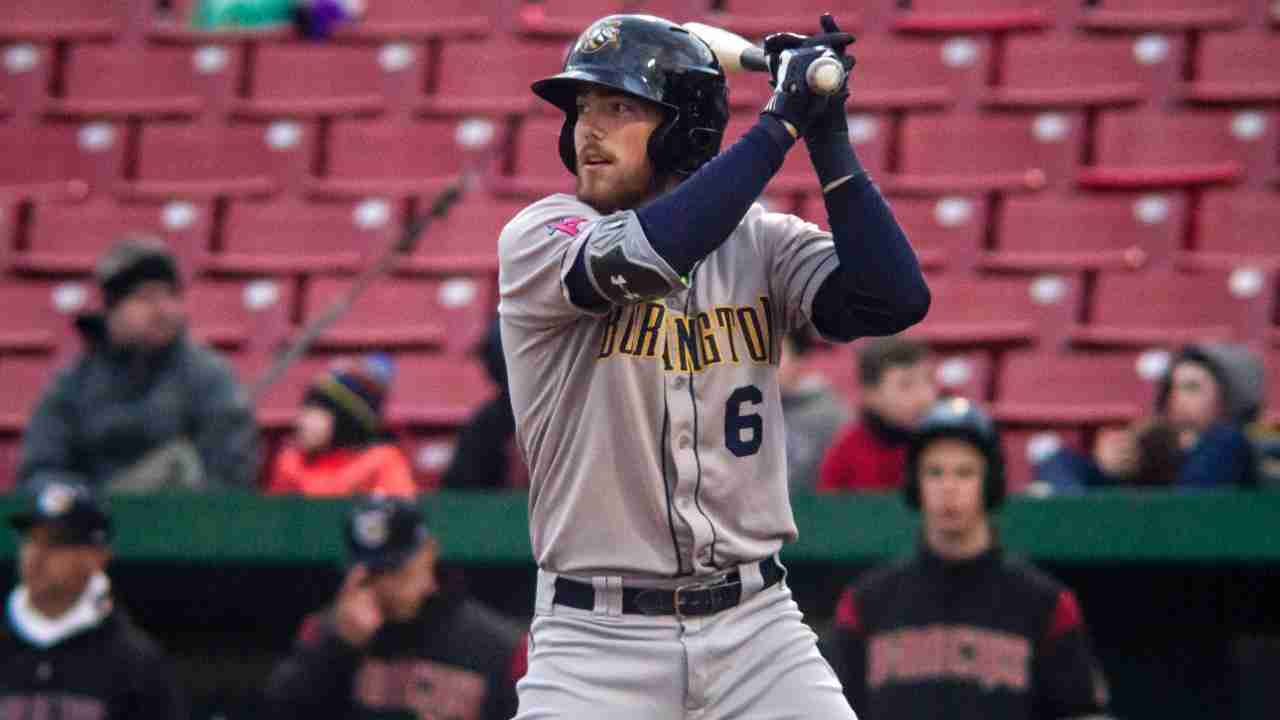 The 4th prospect and the last prospect we will talk about in this article is Brandon Marsh, who was a second-round pick in 2016. Marsh as well is a multi-sport athlete that the Angels drafted. With a 6’4″ frame, its hard to not see what the Angels like about him. He doesn’t possess the same power as some of the names I’ve mentioned, he does have a great hit tool and good speed, he’s a good defender with a solid arm.

Other Notes: Jaime Barria is the 6th best prospect the Angels have. He has made a significant impact on the major league team this season with an impressive stat line:  41.1 IP, 5-2, 32:9 K/BB. Most did not expect these kinds of numbers from Barria this soon, but its promising due to the poor pitching rotation of the Angels.

The Angels were once one of the worst farm systems in baseball, but with a few good drafts and a solid strategy. They were able to get the players they have today, to keep the future bright for the Angels. I hope you enjoyed the piece about the Angels, please give me any feedback in the comments.