Once again, Tom Telesco has a fantastic draft this year. I had the pleasure of going to the NFL Draft in Dallas this year in April. I had a blast, but I’m sure the Chargers had a blast when Derwin James fell to them in the 17th pick in the first round. Overall I really liked the Chargers draft, they filled a lot of holes they had on the defense with most of their picks. So, I’m gonna give you a rundown of the Chargers draft class, and what I project them to do this season. 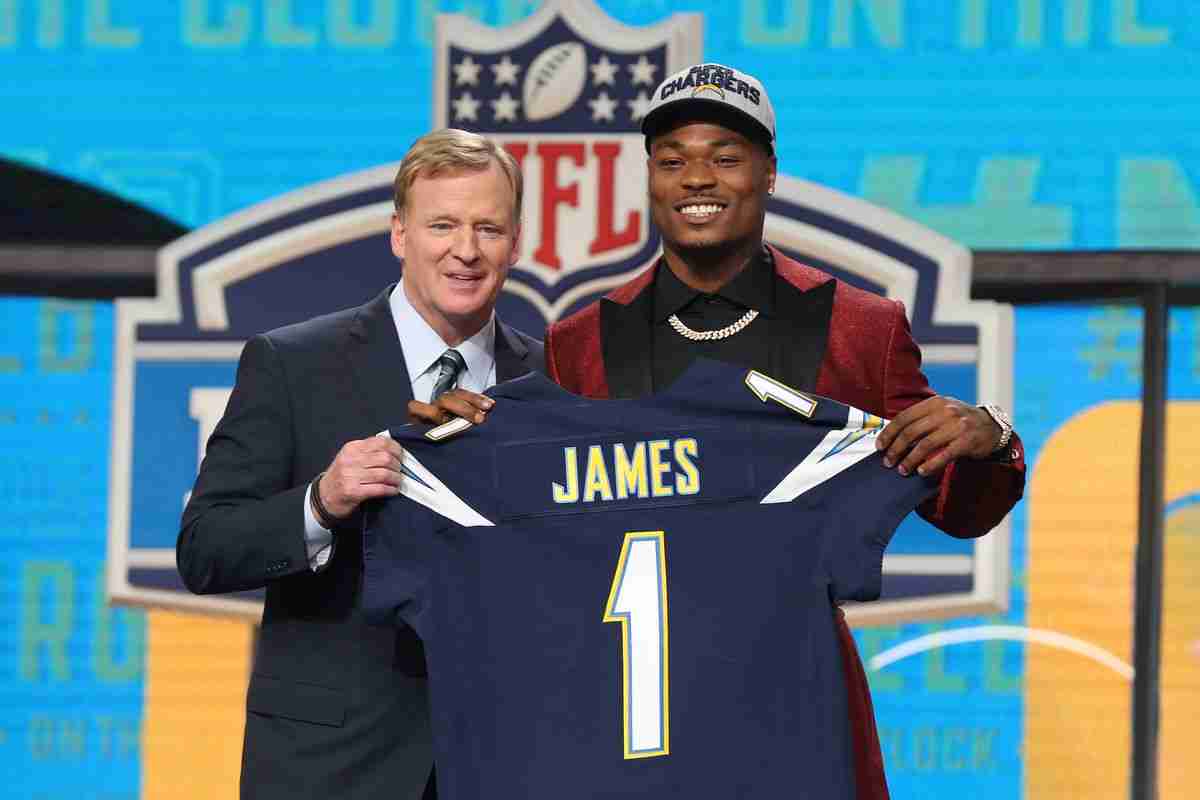 James was projected to go in the Top 10 but managed to fall to the Chargers at 17. Derwin James was a safety from Florida State with an insane athletic ability and a knack for the ball. He is a swiss army knife on defense, at Florida State, he could be found in the slot CB, linebacker, and either safety position. I really loved this pick because, with the loss of Tre Boston in Free Agency, that was the biggest hole on the roster. James should fit well into the FS role. I liked the comparison before the draft, where he was compared to Kam Chancellor, which is ironic because Gus Bradley built the Legion of Boom years ago in Seattle. James will obviously become a starter on the defense and should be in contention for DROY. 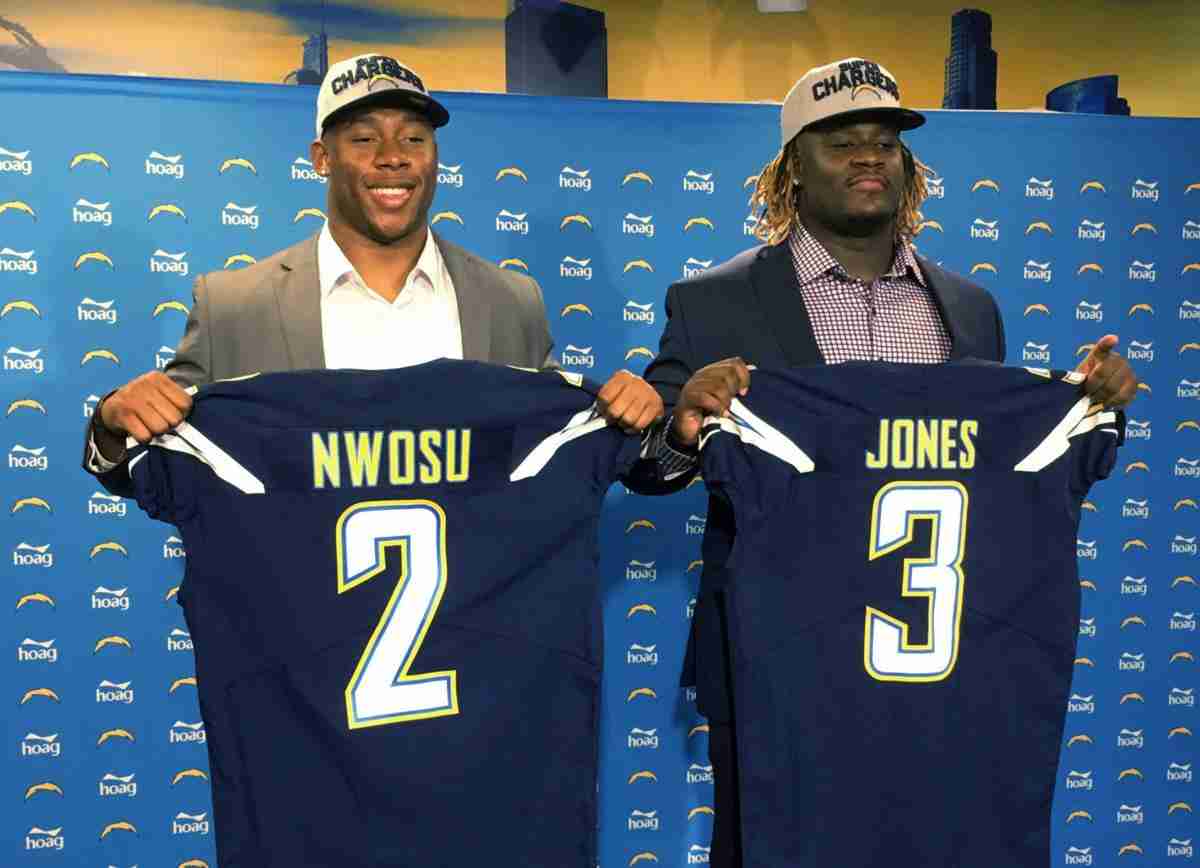 Local guy from USC plays linebacker has a good hybrid pass rusher role. Should fit nicely into Gus Bradley’s linebacker scheme. With Chris McCain leaving in free agency, and the lack of development from Kyle Emmanuel. Nwosu should be a useful piece to use on defense for pass rushing and coverage schemes. He will have to fight for a starting spot on the team, but if he wins, look for him to make some plays on future Sundays.

The huge lineman was a great pass rusher and run stopper at NC State. NC State had one of the best defensive lines in college football last season, with 2 other linemen going before Jones. Teammate Bradley Chubb went 5th overall. Jones is a much-needed piece on the interior defensive line after Mebane went down there was little resistance to opposing teams running game. I see Jones playing a DT role since the Chargers already have Bosa and Ingram at the DE positions.

I liked the Kyzir pick because it reminded me of when the Chargers drafted Jatavis Brown a few years back. He was a safety in college but transitioned to a linebacker role in the NFL. Brown had a size disadvantage, White does not, standing at 6’2″ and 218 lbs he has the prototypical safety size and build. However, the Chargers have different plans for him. In this day in age, the NFL is a pass-happy league, most linebackers are too slow to be good at coverage, so teams have started to transition safeties down into the box to play linebacker for passing downs. There are several successful molds of this prototype, most notably Deon Buchannon. White could be not only a pass defender from the linebacker position but also assist in the run defense.

I liked the selection because Quessenberry can play almost every position on the offensive line. That versatility is extremely valuable in the NFL, and with the poor health of the Chargers offensive lines over the past few years, I’m sure we will see him at some point this season.

This pick kinda puzzled me, the Chargers have arguably the deepest WR core in the NFL. So, spending a draft pick on another receiver didn’t make much sense. But Tom has a good eye for receiving talent, and maybe he has found a hidden gem. Cantrell accumulated 1,873 yards in his 4 seasons at Texas Tech, with 19 total TDs. He has a solid 6’3″, 220 lb frame, should be a good outside WR if someone goes down during the season.

Jackson was a star player at Northwestern, who put up some eye-popping numbers during his 4 years. Jackson amassed 6,298 total yards from scrimmage, with 42 TDs, with a 7 YPC. RBs, no matter where they are taken, are always a candidate to make an impact. Jackson is no exception, the Chargers lack RB depth behind Gordon and Ekeler. I could see Jackson stealing some reps from Ekeler, this season.

Lance Alworth: A Look at One of the Greatest Chargers’ Players