Recently there has been a lot of talk from past Clippers players as to why the “Lob City” era of the Los Angeles Clippers failed. Matt Barnes and Dahntay Jones both chalked up the team’s errors to immaturity, something most fans would probably agree with. Sports fans, and some former players, love putting on their “hindsight goggles” and dissecting how and why things went wrong (especially for a talkative bunch like Blake, CP3, and DeAndre were) but the only purpose that serves is to keep the team focused on it’s past. With only one player remaining from this era the Clippers are primed to move on and build a culture from scratch. As the 2018-2019 season is upon us, one hopes that the musings on Lob City start to fade away as the team builds a new identity.

Patrick Beverley has pushed for the team to move on and embrace the complete opposite type of vibe as Lob City and run on a more hard-nosed version embodied in the phrase “Clamp City”. The current roster is constructed to be able to put some interesting defensive lineups out, and with Beverley taking such an active role within the organization the change from lobs to clamps could be easier than expected. Other teams can’t be psyched to try and plan around a trio of Beverley, Avery Bradley, and Luc Mbah a Moute being on the floor at once, and if SGA and Jerome latch onto the wisdom of Beverley the team could be full of defensive monsters. Such a sharp change within a team’s culture can sometimes prove too jarring, but with so many new pieces the overhaul shouldn’t cause too much stress among the squad. 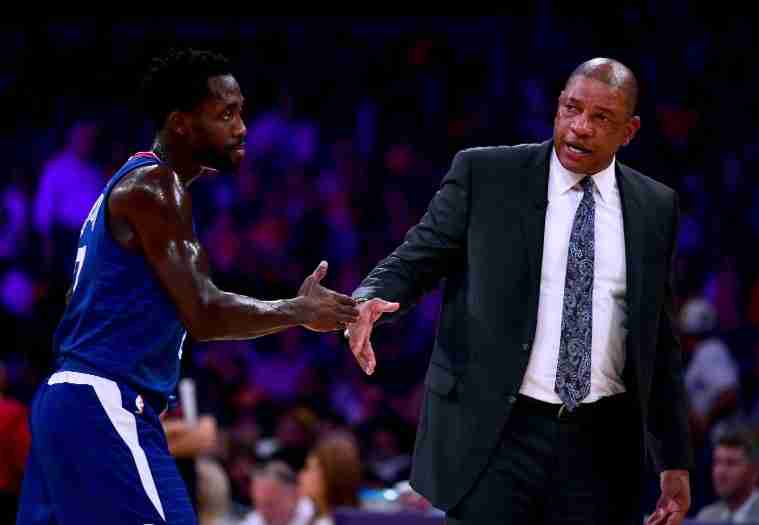 A couple of weak-spots at defense might make the Clamp City nickname hard to earn early in the season. The Clippers will have to mask the shortcomings of Milos Teodosic, Lou Williams, Gallo, and to some extent Tobias Harris very early on in a season where during the first 14 games are only favored once. Teams with a lot of new players have a hard time communicating on defense, and with last years injuries it almost feels like the Clippers have a whole new roster. It be crucial for the team to get their communication and understanding of each other’s tendencies kicked into high gear as quickly as possible to come out of their early season test without too much damage.

The energy from the front office and prominent players on the roster has fans excited, the end of Lob City left a bad taste in a some mouths and a new era will be welcomed. Having the veteran presence of Patrick Beverley, who is seemingly running point on the Clamp City re-brand, is crucial to the team buying in TO the message. A greater sense of belief makes players shift into a higher gear than they usually operate at and if players who are lacking defensively can dive head-first into the new team’s ethos the Clippers could surprise a few teams with their early performances and throughout the rest of the year. Let’s hope Clamp City sticks.