Monday, November 28th, 2022
THE LATEST
Home Uncategorized The Center Of It All

The Clippers have a problem at the center position.

With the loss of DeAndre Jordan, an amicable split this time if not a bit of an awkward one, the Clippers turn to a corps of newly acquired Marcin Gortat, Montrezl Harrell, and the beloved-by-the-internet Boban Marjanovic to anchor the post. Acquiring Gortat was a good move to help solidify the position, and his footwork and pick-and-roll abilities will most certainly help out Shai Gilgeous-Alexander’s development, but his numbers aren’t exactly reassuring. Although fairly solid all-around, the Clippers center depth is one injury away from us seeing time from Angel Delgado or Johnathan Motley. 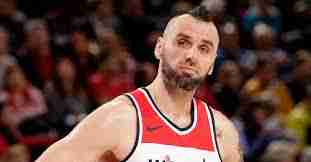 Gortat, who is currently the #1 on the Clippers depth chart, averaged 8.4 points and 7.5 rebounds last year in 25 mpg. Gortat is 33 and despite playing almost all of his games last year one has to think his minutes are bound to go down. Marcin Gortat does a lot of things very well: he is durable, his footwork is top-tier for a center, and he hustles. These intangibles are pretty standard for any 33-year-old center without an outside shot who is still in the league. Floor spacing will be an issue with Gortat, Doc Rivers will hopefully pair him with a shooter at the PF position just to ensure he can gobble up rebounds since he won’t be a threat from outside the paint. Last year Doc showed he can make roster adjustments when needed, so if Gortat starts to slow down or show signs of wear it would be nice to see Montrezl Harrell take the number one center spot.

Trez is a fan favorite who just signed a new two-year contract, so he will be eager to show fans more of what we say at the end of last year, which was fantastic efficiency and an energy boost for the whole squad. A bit of an undersized center Montrezl is an absolute spark plug that more than earned his new contract. If the Clippers decide to play a high-tempo offense Trez will be in line to take the lion’s share of minutes at the center position. Gortat is a great player to start out games, as Trez’s energy is so intense the rest of the roster might need to get eased into the flow of his uptempo style of play. This is where the rotations this year get interesting, if Doc keeps up his roster tinkering it wouldn’t be a surprise if Trez doesn’t start, but actually plays more minutes than Gortat. 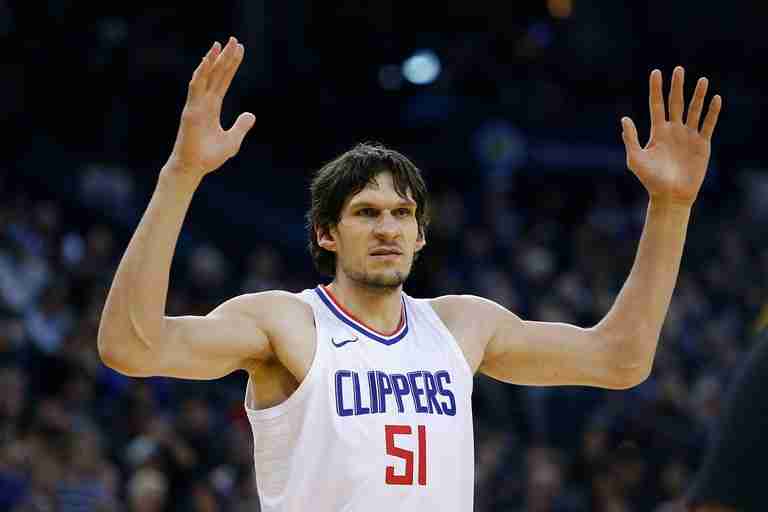 Injury wise Montrezl seems like he would be the biggest loss to this position group, Gortat has proven he can play almost all of a season, and if Trez goes down for any large chunk of time the only center available after Gortat is Boban Marjanovic, who can’t exactly shoulder a large chunk of minutes. Last year he put in 8.5 MPG while scoring almost 6 points and grabbing 4.5 rebounds. The per-36 of Boban is eye-popping, but it is nothing but a pipedream. Boban’s size is his greatest weapon as well as his weakness. His body is legitametly too big to stay in shape to play meaningful minutes. I dont’ see his 8.5 MPG going up that much next season, and hopefully the two players in front of him on the depth chart stay healthy, because if not there will be a lot of sleepless nights for Doc River’s when looking at the center corps.

G League playes Angel Delgado and Johnathan Motley could see some time this year should just one of the Clippers’ centers go down, but hopefully their big league playing time will be earned as opposed to an injury forcing them into the lineup. The Clippers have an interesting squad this year, one with no “real” star and a lot of solid depth without too much dropoff ability wise. The logjam at guard has kind of overshadowed the problems at center, but here’s hoping Doc has some tricks up his sleeve in preperation for possible injuries.

Los Angeles Kings defenseman Tobias Bjornfot was a defenseman with promise. A player who c…