Saturday, January 28th, 2023
THE LATEST
Home Kings The Trade that Impacted Hockey Forever (and me)

August 9, 1988 was the day I not only became a hockey fan, but a Kings fan as well. This date was also known for changing hockey in Los Angeles, the future of hockey in general and for one of the biggest trades in NHL history. Wayne Gretzky was traded on this day. Canadians were upset, however, the Kings had their guy and the hockey world was never the same. 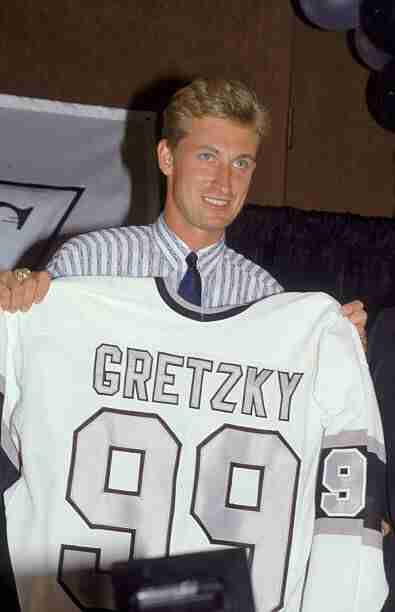 My knowledge of hockey was slim at that point but knew who Gretzky was. He was a hockey hero but God like in Canada. While taking note of a trade of this magnitude, adopting the Kings as my team took effect immediately. My true love for hockey was just beginning to grow. When Gretzky arrived he changed L.A. hockey, brought more profit and more exposure to the organization, more celebrities made appearances and, most importantly, L.A. Kong’s hockey was on the map. I viewed his hockey skills as something seen only in video games. He was well known to the point of celebrity status but never let it go to his head.

During his time in L.A. he scored 918 points in 539 games. When he left in early 1996 the game of hockey in L.A. was still growing in a big way. His trade to the Kings set the tone for the future, adding teams that you never thought would have NHL markets including Phoenix, Florida, Ottawa and Tampa Bay. These teams would soon arrive in the league shortly after the trade to the Kings. The trade also have the NHL the ability to explore hockey in markets down the road as well. The trade bringing Gretzky to the Kings is the sole reason I am the big fan I am today. He is what hockey players should be, respectful of the game and appreciative of what the game gives you. What would have happened if he was not traded to Los Angeles? What if he chose a different sport to play? What if……..?