Monday, November 28th, 2022
THE LATEST
Home Clippers Is This The Most Important Clippers Season Ever?

We’ve all been through a lot these last few years. Lob City gave us some of the most exciting basketball the team has ever played, while also giving us playoff heartbreak. Its hard for a team so accustomed to losing to have such an electric period of play fizzle out in early playoff exits and awkward player departures. The Clippers have shed almost all remnants of Lob City (Wes Johnson, I’m looking at you) and are equipped with two first round picks and a bevy of new personnel to begin the new season. Coupled with the young talent is the enormous amount of cap space Jerry West will have at his disposal during what will be one of the most star studded free agency’s the NBA has ever seen. There are a lot of possibilities for what could happen the year after this one, and a lot of fans have already moved their speculation to that point, but it is the 2018-2019 season that could very well be the most important season in Clippers history. 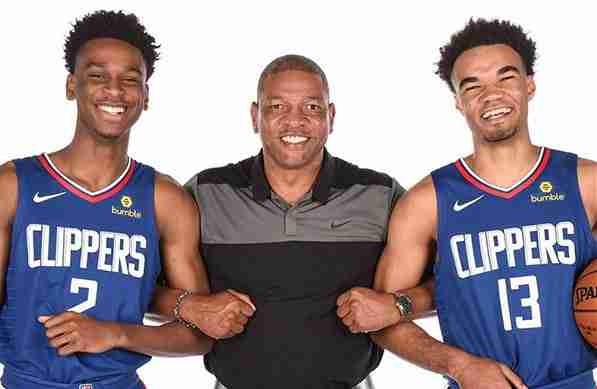 Let’s start with this season’s impact on our two first round picks Jerome Robinson and Shai Gilgeous-Alexander. Last year the Clippers we’re riddled with injuries that led to lesser known players seeing the floor, this turned into a bit of a blessing as players like Sindarius Thornwell and Ty Wallace proved their worth and exposed themselves as players that need to be taken seriously as true contributors to an NBA roster. The downside of this is the fact that Doc might shy away from giving time to our rookies as he prefers veteran players and might be wary of leaning on youth during the brutal 10 game stretch that opens the season.

Looking at Summer League one could assume that SGA’s talent won’t keep him out of meaningful minutes for long, but there are still questions about how much Jerome Robinson will see the floor in his first year. Robinson took a few knocks during Summer League, and while nothing serious the organization might be wary of playing him early on. If the season goes south early these two players deserve to get time to adjust to the speed of the NBA and mesh as a duo in order to show other players that the Clippers can draft well and then develop the talent seen in their targets. Developing these two rookies into starter-material players is crucial to the Clippers looking like an attractive landing spot for marquee free agents.

To move the Clippers into “preferred destination” territory for elite free agents I believe that we will have to develop our youth to the point that other teams come calling for them, and we make the playoffs. With a “logjam” at guard (2018 is from here on out the “year of the logjam”) Doc will have a lot of tinkering to do in order to make the Clippers a playoff team, there has been no talk of tanking and if last year is any indication Doc can still manipulate lineups to get wins. Making the playoffs is seemingly the team’s top priority and hopefully that can be done while giving SGA and Jerome time to develop in order to put them on the map as players who can “take the next step” in their second year, a second year that could see them on the same team as Kawhi Leonard or Jimmy Butler.

If everything goes right, the Clippers make the playoffs and free agents start to take our team seriously. The flip side is one all too familiar to Clippers fans: lackluster win totals and a “stuck in the middle” feeling in terms of talent. The front office has had the right rhetoric as of now, committing to wins and changing the culture as a whole, so here’s hoping that things keep working smoothly and we can start talking about the Clippers in the upper echelon of the Western Conference…in a year or two of course.