The Ducks packed up and headed out for a weekend on the road, paying visits to the Dallas Seguin’s and the St. Louis Tarasenko’s in a quick Saturday Sunday back to back. The Ducks consider the American Airlines Center in Dallas a house of Horrors as they have not been able to find a rhythm on that Texas ice in some time now.The Ducks were greeted by old friend Anton Khudobin in net as the Stars gave Ben Bishop the night off. John Gibson manned the pipes for Anaheim in what we all hoped to be a different night in Dallas for the Ducks. 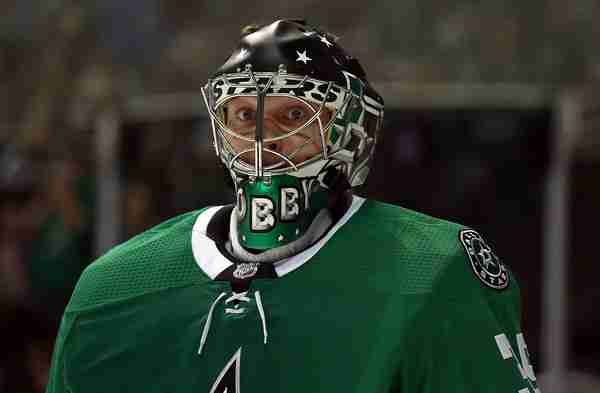 The Ducks were able to jump to a commanding 3-0 lead with goals from Silf, Uncle Rico, and the 1st NHL goal from Ryan Getzlaf admirer, Kiefer Sherwood on a beautiful deflection. It was noticeable that Khudobin, who is known for swimming around in the crease due to his smaller frame, did not seem comfortable in net. He was coughing up fatty rebounds and did not seem to have any control of where the puck would be after it hit his pads. It seemed that as long as the Ducks maintained decent pressure and played smart hockey that they would be onto St Louis with 2 easy points in their pocket.

That’s when the nightmare begun…

With a couple of soft calls on the Ducks led to a massive shift in the momentum where the Ducks could not do anything to get the puck out of their D zone. The Stars now looked as if they were playing a 40 and up Sunday men’s league. King of the pipes John Gibson faced 30, yes 30 shots in the second period in which 4 of them hit the back of the net. At points, Gibson could not bring himself to stand up to face the onslaught of pucks and the team looked lost. Gibson himself took a penalty for mauling Stars captain Benn in the face, he may have just been using him as a crutch to stand on. As a sign of mercy, we see Ryan Miller take the net for the 3rd while Johnny Goalie probably had an IV in his arm under his chest protector on the bench. Miller held his ground, as a tune up for the next game and the Ducks took their first regulation loss of the season 5-3. Gibson made 40(!) saves in 2(!) periods in the losing effort. 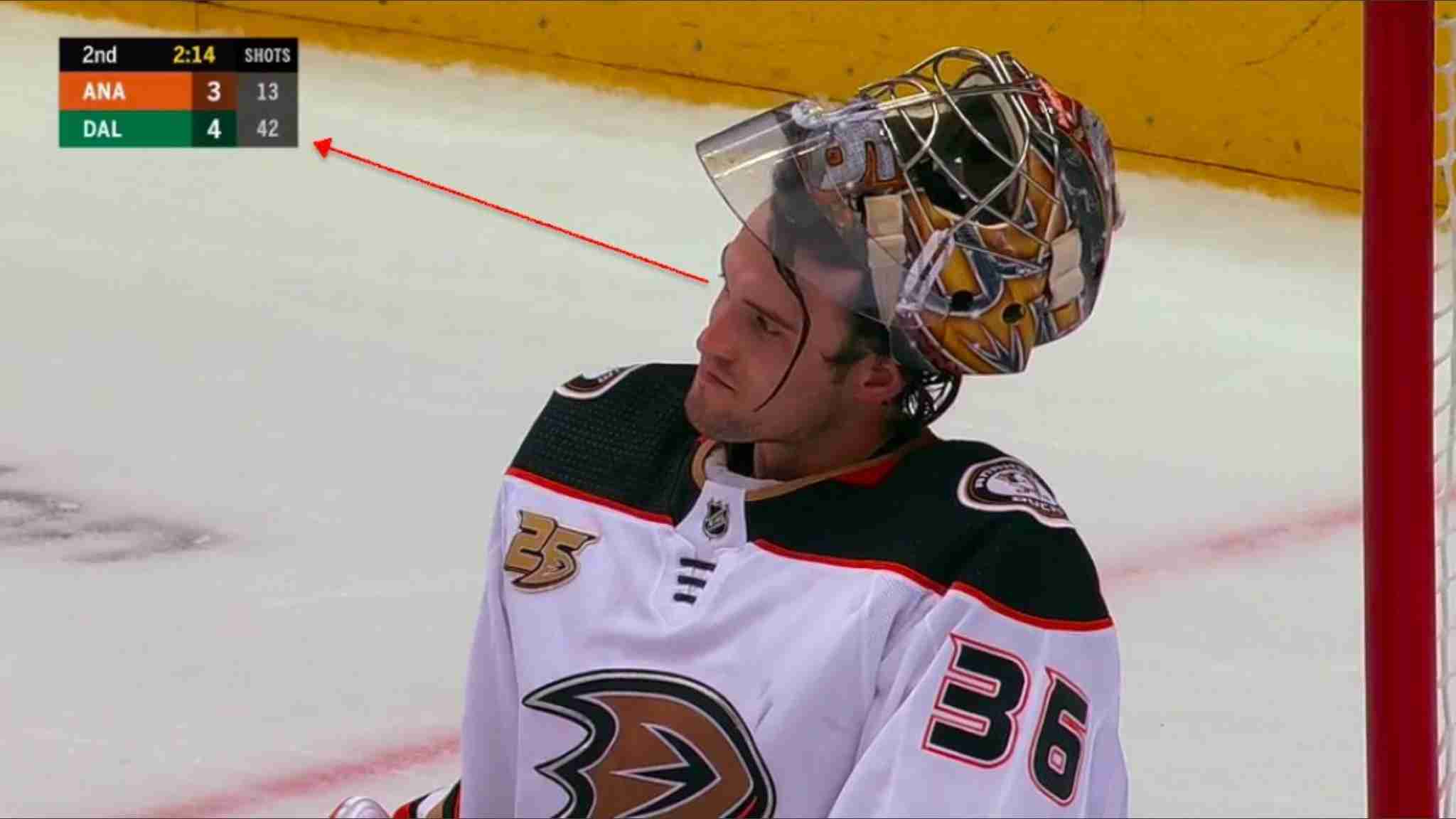 On to St. Louis, the Ducks look for a bounce back effort with it being #MillerTime going against Blues backup goalie Chad (not ochocinco) Johnson. 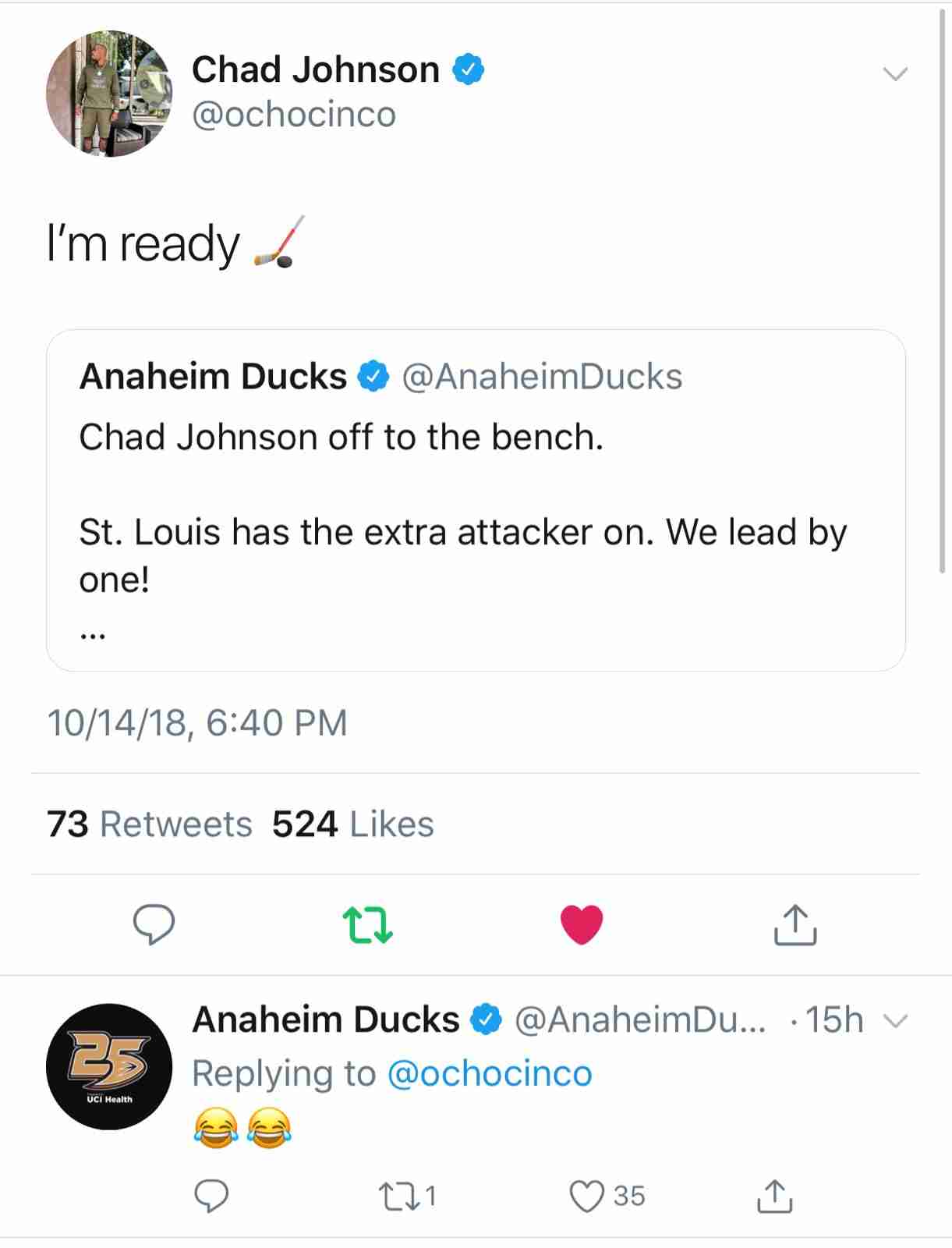 Now, I must say that because of the disgrace you saw the night before, the Ducks appeared to look much better in the early goings. I still have my reservations, it is hard to get behind a system where players do not pass to one another but pass to the boards in hopes that another player wearing the same color jersey will be able to find it first. Luckily, a slip and slide pass from newborn star Max Comtois to once shootout specialist Jakob Silfverberg was able to find the net high glove to get the Ducks on the board. 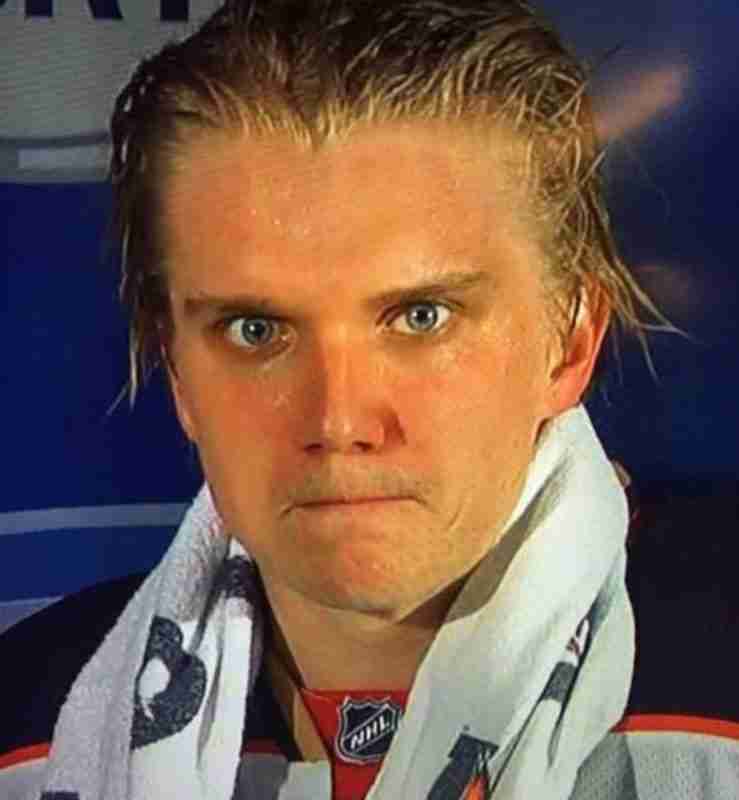 To no surprise, the Ducks surrender the lead in the 2nd period due to again, finding themselves in the side bin. It was time to have our big name players (that are not hurt) step up and get these 2 points so we do not return to SoCal empty handed. This is where big players make big plays, the ones we pay the big bucks too for situations like this, where we need a goal to tie up the game and get us the momentum back, this is where your star player is needed and we got exactly that. Ben Street. Street on the now hottest streak of his life (first 2 goals ever in 3 games) tips one past Johnson and gets the Ducks back to even. The Ducks began the push to not send this to overtime and none other than Andrew “who let the dogs out” Cogliano chips a PPG over Johnson’s pad to give us a 3-2 lead and American hero Ryan Miller was able to shut it down to give us the win.

It wasn’t pretty, but the Ducks made it out of the weekend with 2 points and now 2 days off before they meet with the Islanders on Wednesday night back at the pond.