On Tuesday, the Angels signed Matt Harvey to a 1-year, $11-million contract.  Harvey can earn an additional $3 million worth of incentives. Those incentives are based on games started and kick in at 15 starts before maxing out at 26 starts.

With the Reds, Harvey saw his average fastball velocity trend up from 92.6 mph in New York to 94.4 mph, and his swinging-strike rate improved from 8.2 percent to 9.9 percent. He was known as the “Dark Knight” with the Mets when he had a fantastic breakout season in 2013. He went 9-5 with a 2.27 ERA and a 0.93 WHIP (2nd in MLB). He also had the best home run per 9 innings rate in baseball (0.4) as he only gave up only 7 home runs in 178.1 innings. However, trouble began for Harvey as his career year on the mound ended early due to a partial tear of his ulnar collateral ligament. 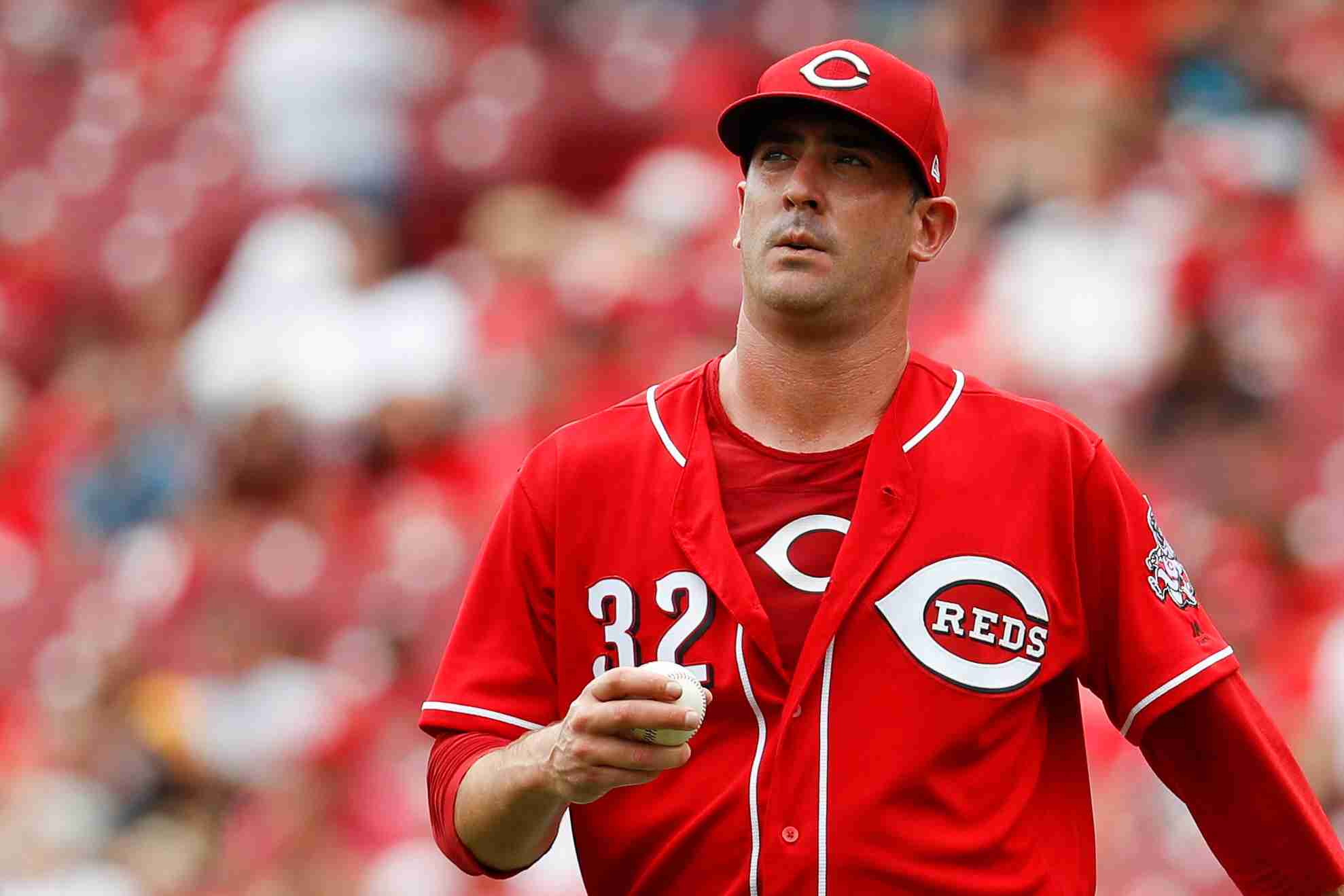 Harvey initially planned to rehab his elbow injury but ultimately decided to undergo Tommy John surgery in October 2013. Given how late in the 2013 season his injury was diagnosed, even if he’d had the surgery immediately, he was likely to miss the entire 2014 season. The delay to consider his options guaranteed what already was almost unavoidable.

Harvey had a comeback year in 2015 and went 13-8 with a 2.71 ERA. He had 188 strikeouts although he served up the long ball a little more often. He gave up 18 home runs in 189.1 innings but walked only 37. That is Harvey’s biggest strength that has never changed. He has always forced hitters to put the ball in play.

2016 was a forgettable season for Harvey.  His velocity was down, and he lost each of his first three starts. He notched double digits in strikeouts only once (and that was against the Padres) while reportedly battling mechanical problems. After failing to get through the fourth inning in back-to-back starts, he went onto the disabled list July 6 because of shoulder pain and numbness in his fingers. Diagnosed with thoracic outlet syndrome, Harvey opted for season-ending surgery. This is a surgery that few pitchers come back from. His overall numbers weren’t good that season: 4-10 with a 4.86 ERA while giving up 111 hits in 92.2 innings.

In 2017, Harvey hit rock bottom. Although he had a strong April and got outs, that didn’t last long. He started struggling and drew a three-game suspension for failing to show up to the ballpark for the Mets’ game the night before his scheduled start.

After serving his suspension, Harvey struggled through seven starts before going on the disabled list yet again, in June, for a stress fracture to his scapula. He came back to pitch in September, but he actually hurt the team more than he helped. He did this by allowing 58 base runners and 28 runs in 22⅓ innings adding up to an ugly 11.28 ERA.

The Mets let him go and the Cincinati Reds picked him up and he did a serviceable job. He went 7-7 with a 4.50 ERA, gave up 21 home runs, allowed 132 hits in 128 innings, and had a WHIP of 1.25. Those numbers aren’t amazing, but definitely an improvement to his disastrous finish in the Big Apple.

Overall Grade: D+. The Angels can only hope that Harvey gets some of the magic during his early days with the Mets, which is highly unlikely. On top of that they’re also banking on him staying healthy. This is not guaranteed since he’s already had Tommy John surgery on his elbow, problems with his scapula, and shoulder issues causing a second season ending surgery for thoraic outlet syndrome. Halo fans can’t be too excited with this acquisition especially when GM Bily Eppler said he would acquire pitchers that were more durable. Angels fans might be thinking, “Why didn’t the Halos just re-sign Matt Shoemaker instead and he probably would have been cheaper?” Shoemaker had forearm issues, but was expected to be healthy in 2019 after finishing September 2018 on a strong note. We still don’t know if Harvey fully recovered from thoracic outset syndrome. We also don’t know if Harvey can keep the ball in the ballpark. But hopefully the somewhat pitcher friendly ballpark of Angel Stadium can keep the number of Harvey’s long balls to a minimum. He could use the confidence, but he also needs good fortune in order to stay off the disabled list. Harvey knows that he’s on his third team in two seasons and this could be his last chance to prove himself. Let’s see if he’s motivated to prove everyone wrong including myself.

Yesterday, the Angels made a better deal. They agreed to sign free agent swingman Trevor Cahill to a one-year deal, the club announced. It is for $9 million, reports Ken Rosenthal of The Athletic.

Last season, he played for the team that he began his career with (Oakland) and seemed to feel more at home. He started 20 games and appeared in one other game as a reliever. He went 7-4 with a 3.76 ERA while striking out 100 in 110 innings. Even better yet, he only gave up 8 home runs. The A’s let him go as a free agent probably due to the pitching depth in their farm system.

Overall Grade: C. I can see Cahill being a #5 starter. Throughout his career, he has given up less hits than innings pitched and has a career ERA of 4.08. He has an average WHIP of 1.36 and he has walked about 3.7 batters a game throughout his career. I believe that he will contribute in 2019 a lot more than Matt Harvey will. With a reliable Angels  defense behind him, he’ll probably win 10-12 games in 2019. If Cahill isn’t effective as a starter, then they can put him in the bullpen and thus replace right-hander Blake Parker who left the Angels as a free agent.

Here’s how the starting rotation will probably stack up in 2019 if the Angels don’t make any more moves in this area:

This rotation isn’t set in stone except for Heaney and Skaggs who are virtual locks. Many media outlets have Barria fighting for the #5 spot, but since he was the most consistent starter in 2018, he’s seems to be a solid #3 starter easily. Also Felix Peña will get another chance in spring training to get a roster spot in 2019. He was quite impressive in 2018 as a starter for the first time in his career. He could easily challenge Cahill and Harvey as the #4 or #5 starter if one of them struggles before the All Star Break. Most likely, he will be put in the bullpen to replace Blake Parker if Trevor Cahill isn’t that guy.