Wednesday, February 1st, 2023
THE LATEST
Home Rams Who Is Your All Time Favorite Ram?

It’s that time of the year again where college basketball and more specifically brackets take over the world.  Whether it’s a bracket pool at work, with family, or with friends, everyone loves to get involved and fill out their own.

Over the past several years’ people have come out with custom brackets that follow the format of March Madness but have nothing to do with college basketball.  The topics for these brackets are endless and we have seen brackets for favorite animal all the way to favorite beer.

Here at Rams Nation we decided to join in the fun and make a bracket of our own!


However, the match-ups in this bracket will not be picked by us but rather voted on by all the Rams fans and followers!

The bracket is “All Time Favorite Ram” and much like the NCAA format we have a 64 player field that is separated into 4 regions.  The regions are as follows…

You will see that there are famous and popular Rams from every generation of fans and it is up to you as the fans to decide who the most loved Ram of all time is.  In this bracket we have included current Rams superstars such as Todd Gurley and Aaron Donald, Rams from the “Greatest show on Turf” such as Kurt Warner and Issac Bruce, Rams legends such as Eric Dickerson and Jack Youngblood, and even Rams that may have been playing football before you were born such as Norm Van Brocklin and Deacon Jones!

The voting for the bracket will be on the Rams Nation Twitter page as a thread attached to the article.  We STRONGLY encourage all Rams fans to vote and follow along each week as the Rams tournament continues.

In order for this bracket to be as accurate as possible we need you the fans to show your support!

So once you finish reading this article go follow @RamsNationLAX on Twitter and vote for who your favorite Rams are! 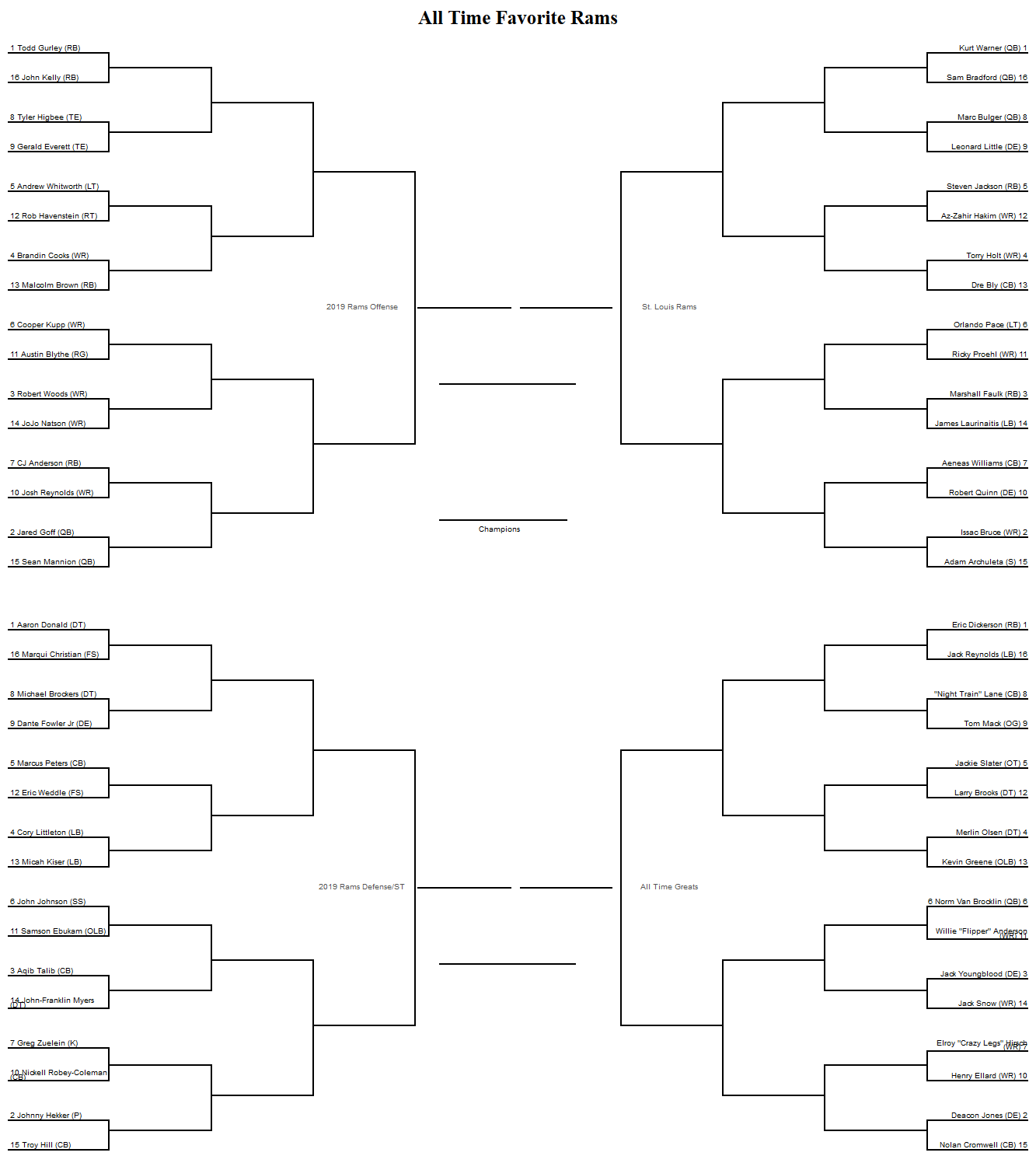