The Anaheim Ducks have accumulated a plethora of exceptional prospects over the last five drafts. However, with every new draft, it can become easier and easier to forget the prospects of previous years.

This article is the second piece of a six-part series that will offer a little reminder of who the Ducks have in their prospect cupboard by examining the Ducks’ top 31 prospects. Each article will provide a list of some of the strengths and weaknesses of each prospect, a player in the NHL with a comparable playing style to each prospect, and the best, worst and most probable prediction for each prospect’s potential.

If you missed the first five prospects covered in this series, check out The Ducks’ Prospect Rankings – 1-31: Part 1. 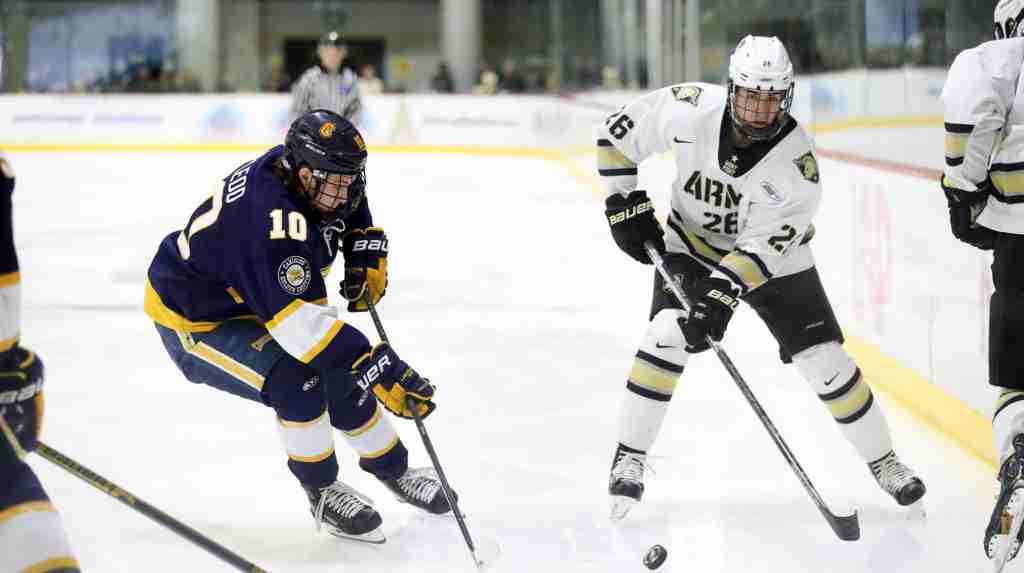 Strengths: Smooth skater and can read the play well.

Weaknesses: Little to no offensive ability and has not shown that he can dominate the lower levels.

Berkovitz just signed to play for the Gulls this year after completing his fourth year of NCAA hockey with the Army. Berkovitz plays a very smooth and smart game; he is good at reading the play and helping his team break out of the zone. However, he has never put up the big counting stats because his offensive abilities are not astounding. His ability to make a good transition pass could help him become a useful NHL player, but the likelihood of him getting consistent NHL time is still relatively slim.

His offensive abilities improve on the Gulls with better teammates, and he gets a chance to fill in on the Ducks in the 2021 season as a 5/6 defenseman.

He doesn’t improve his play in the AHL and remains a top 4 defenseman in the AHL.

He fills in for injuries in the 2021 season much like an Andy Welinski as a 7th defenseman. 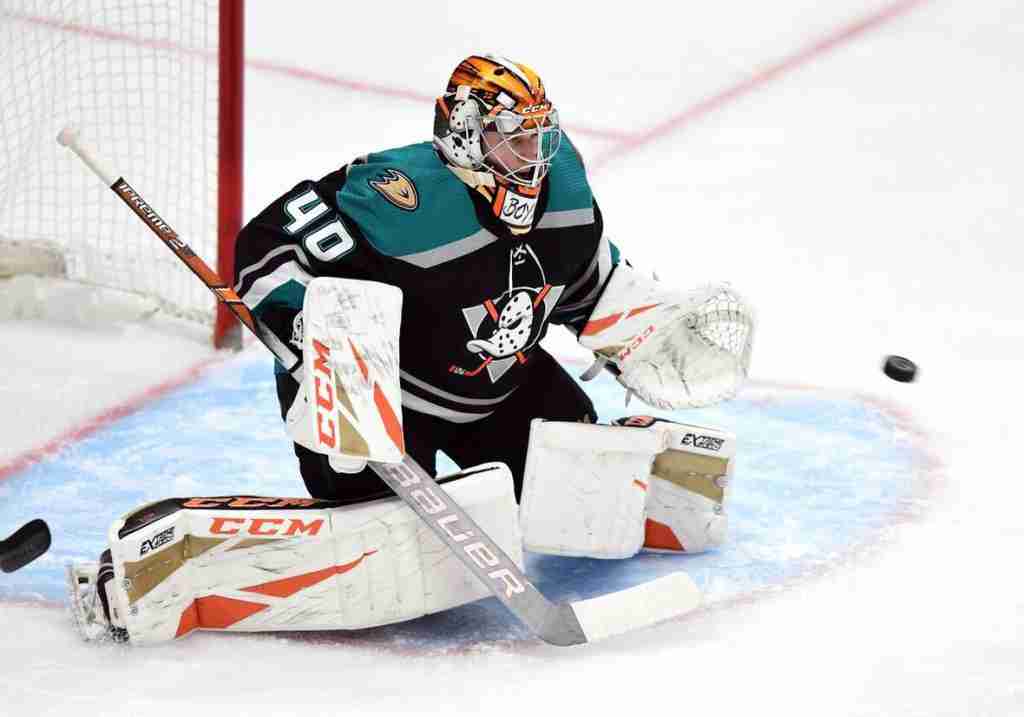 Boyle had an average regular season for the Gulls this year with a .907 SV% through 43 games. However, his playoff performance for the Gulls was tremendous with a .920 SV% through 7 games. He also had an incredible audition in the NHL through 5 games with a .928 SV%, a 0.87 dSV% (dSV% is a goalie’s save % – expected save %)  and 1.21 goals saved above expected. As a 27-year-old Boyle has shown that he can play and succeed in the NHL, however, the Ducks have a bit of a log jam in net with Gibson, Miller and Stolarz. For Boyle to get an NHL chance he’ll need to perform well for the Gulls, and then one of Miller or Gibson will need to get injured, and he’ll need to beat out Stolarz.

The Ducks suffer injuries in net and Boyle is able to come in as a quality backup which has the skill of a starter B goalie.

He doesn’t get an NHL chance and remains an AHL starter.

He fills in throughout the season as a backup and has a top 10 goalie performance in the AHL. 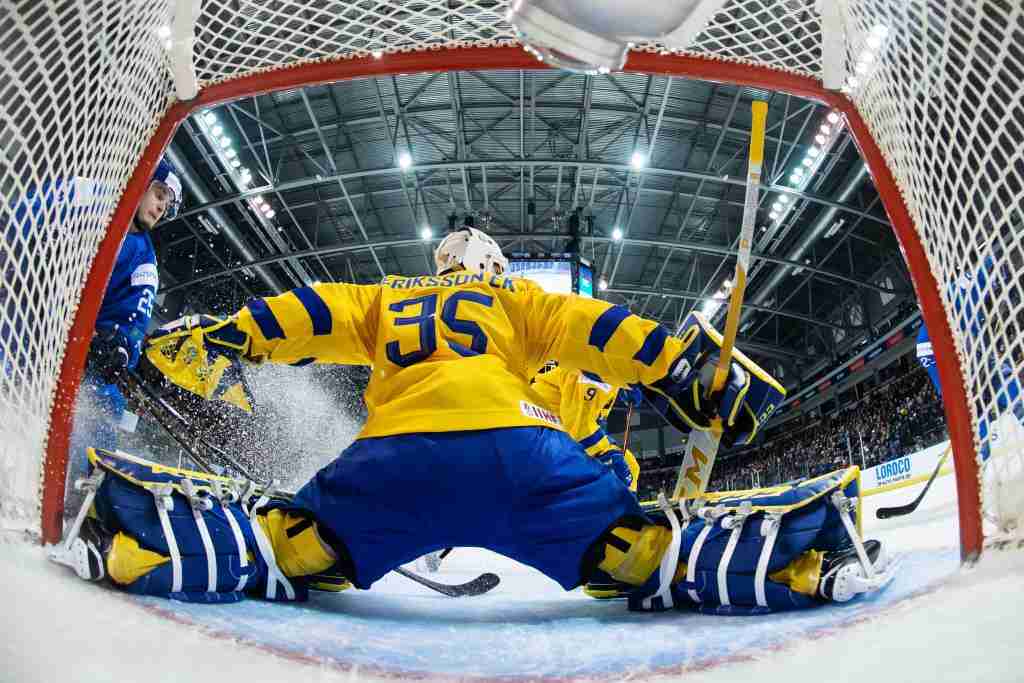 Strengths: Good at everything.

Weaknesses: Not great at anything.

Eriksson Ek is one of the safest bets in goaltending prospects because he doesn’t have many weaknesses. However, despite being a jack-of-all-trades, he doesn’t have any great attributes. If he can prove that his overall skill is good enough for the NHL, he will be a solid goalie for a team that needs average goaltending, but it is unlikely he’ll ever be an upper caliber tendie.

Eriksson Ek excels as an AHL starter in 2021 and gets an NHL chance in the 2023 season, and shows that he’s able to keep up with speed of the NHL, and he develops into a 1B starter in the league.

He lingers between AHL and ECHL as a backup and starter for the next two years and doesn’t get a real chance in the NHL because his average skill isn’t NHL caliber, he hovers around NHL Backup and AHL starter.

He develops further as a starter in Europe and eventually gets an NHL chance in the 2023 season and becomes a fringe starter option for an NHL team. 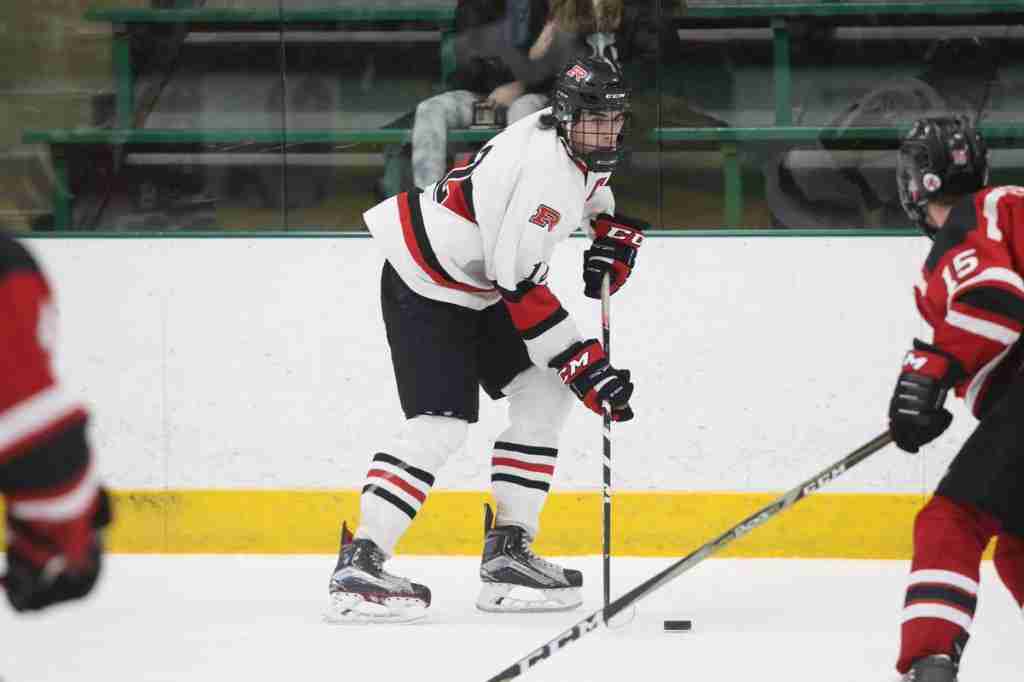 Perbix was a fairly successful player in the USHL for the 2019 season. Perbix put up 49 points in 60 games splitting time for the Green Bay Gamblers and the Des Moines Buccaneers. He knows how to set his teammates up for success and can be very effective in a powerplay unit, where his game lacks is in the defensive zone. When the opposition starts to transition it into Perbix’s zone, he can struggle to get back because of his average skating, and when he’s in the defensive zone, he doesn’t show a good understanding of where he needs to be.

Perbix excels in the NCAA in 2020 and develops his skating and two-way game to the point where he is a serviceable 3rd line center in the NHL.

Perbix struggles against the tougher competition in the NCAA and doesn’t improve his two-way game or skating, and he tops out as an offensive specialist in the AHL as a top 6 forward.

Playing in the NCAA, he learns to play a more responsible two-way game and improves enough to become a full-time NHLer and tops out as a fringe 3rd liner/4th liner.

Weaknesses: Inconsistent and not great defensively.

Jack Kopacka is a bit of a bulldog in the offensive zone; he can push quickly to the net and work hard in the corners to get the puck toward the net. He has the skills to compete in the AHL, but his inconsistency and injury troubles have made it hard for him to put up really good counting stats. He’s great at transitioning the puck into the offensive zone and is strong on the puck. A few more seasons in the top 6 on the Gulls should give him a bit more of a chance to show off his offensive talents.

Kopacka has a breakout season in the Gulls top 6 and further develops his two-way ability turning him into a quality 3rd line scoring forward.

He goes down the same road as another Ducks’ prospect, Deven Sideroff, and doesn’t prove he can score in the AHL and peaks as a top 6 forward in the AHL.

He has an ordinary season in the AHL in the top 6 and becomes a bottom 6 grinder who can put in goals.