Drew Doughty has never backed down from a fight, whether it be on the ice or away from the rink. What has changed during his inspired play during the current season?

During the past few seasons, the Los Angeles Kings have not been too successful. Those seasons wear on the staff, players, and organization. Doughty is a player that wears his emotions on his sleeve and when times are tough Doughty shows his emotions.
The 2 time Stanley Cup champion has seen his play slightly diminish the past couple of years but was still productive and playing 25 minutes a night. This year we have seen the old Drew Doughty. We have seen that fire, above-average production, blocking shots, that willingness to win, and above all having fun. What is making Doughty feel young again? 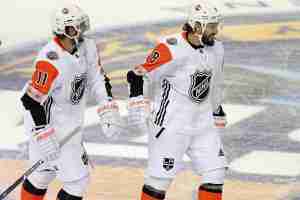 The reason is the injection of younger talent on the blueline, most namely Tobias Bjornfor and Mikey Anderson. These two young guns have been paired with Doughty at one point or another and gave Doughty the time, space, and comfort level to produce at a Norris Trophy-winning pace. The pairings have given Doughty the confidence to wreak havoc on both the offensive side and on opponents. This also gave his production a boost, scoring 5 goals and 12 assists for 17 points in 20 games.

A lot of experts have written Doughty off as an elite-level defenseman. However, at 31 years old, Doughty is still showing he can be effective on both ends of the ice. This was the type of play that took the Kings to the promise land. Twice.

The future Hall of Famer is still playing at an elite level. He is still at the top of his game. Doughty is still one of the core pieces of this team and one who will determine how far the Kings go.