The Los Angeles Kings finished up the rookie tournament and now focus on the main training camp. All signs point to this year’s camp being the most important for forwards. So many questions, so little time.

The first question is if Quinton Byfield makes the team which line will he line up at center? If he makes the team out of camp or is a call-up where does he fit in the lineup? With Anze Kopitar and Phillip Danault in front of him does he line up and take draws on the 3rd line or is he out there as a checking center to begin his career?

Next, where does Gabe Vilardi play? Although he has played most of his career at center, there has been speculation about him playing at right wing, where he did play a small amount last year. If he switches does that mean that he will play alongside Byfield on the 3rd line?

One player who knows his position but does not know which line he will be playing on is winger Andreas Athanasiou. The former 30 goal scorer played well in his first season in Los Angeles but the Kings have made moves and have high hopes for the young guns. He could spot in at 3rd line with Byfield and Vilardi. 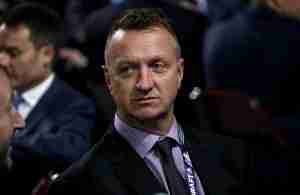 Coach Todd McLellan and general manager Rob Blake have their work cut out for them. And they do not have much time to make those decisions. Training camp and exhibition games start this week, with the regular season starting in a couple of weeks. the top 6 forwards seem to be set but the bottom 6 spots are going to be a fight. Over 10 forwards fighting for 6 spots. These kids are hungry but are they hungry enough to take a spot?