The Los Angeles Kings have put pen to paper with a signing and a re-signing. However, those two have nothing to do with player additions and everything to do with the front office.

Well, that rumor was pushed aside, for now, because of the other announcement the Kings had. The Kings also announced that they have re-signed Rob Blake to a long-term contract.

Bergevin recently left the Montreal Canadians organization, for whom he was general manager for 10 years. As his time wore down, more good than bad times, the focus was on the negatives during his career as general manager, at times wanting to sign troubled former Kings defenseman Slava Voynov and then, more recently, drafting troubled Logan Mailloux.

Bergevin will be reunited with recent Kings free agent pick up from the Canadians, Phillip Danaualt. Could this mean the Canadians and Kings could be moving towards a bigger move?

In an advisory role, Bergevin can help the Kings, loaded with youthful potential, into contenders and keep his eyes open for new opportunities. Bergevin will be a part of the King’s management group that consists of Blake, Luc Robitaille, Mark Yanetti, Nelson Emerson, and Glen Murray. 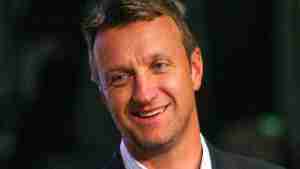 The re-signing of Blake should not come as a surprise to anyone. He has turned this team around quickly to be Stanley Cup contenders once again.

We shall see if these two front office signings help keep the Kings competitive or if these two signings completely blow up. Blake and Bergevin are brilliant hockey minds who, although working behind the scenes, has a tremendous impact on the construction of the team.

What are your thoughts on the big news today? Does Blake deserve to be re-signed and Bergevin belong in the Kings organization?