Saturday, January 28th, 2023
THE LATEST
Home Kings Kings Take Break to Recharge and Focus on Second Half of the Season

The Los Angeles Kings have a bit of time off to charge their batteries and concentrate on the second half of the season. While the team has performed well in the first half, there are three players to keep an eye on while the Kings approach the playoff season. The season has been a success so far and if these three turn it around then the Kings will be even more dangerous down the stretch.

Forward Arthur Kaliyev, has registered 8 goals, 6 assists, 14 points in 46 games. Playing on a line with Brendan Lemieux and Blake Lizotte has been solid but, in order of production, will coach Todd McLellan see an opportunity to boost his goal-scoring by moving him in the top 6? Either way, Kaliyev is too talented to have scored just 8 goals and should be looked at as a threat offensively in the second half.

Goaltender Cal Petersen has played 18  games, going 11-6-1 with a 2.67 GAA,  .900 save %, and 1 shutout. He was destined to be the starter before the season began but fell into a slump and Jonathan Quick became the starter for a majority of the first half. With Petersen playing well before the break does he take the next step and secure that starter position by the season’s end? 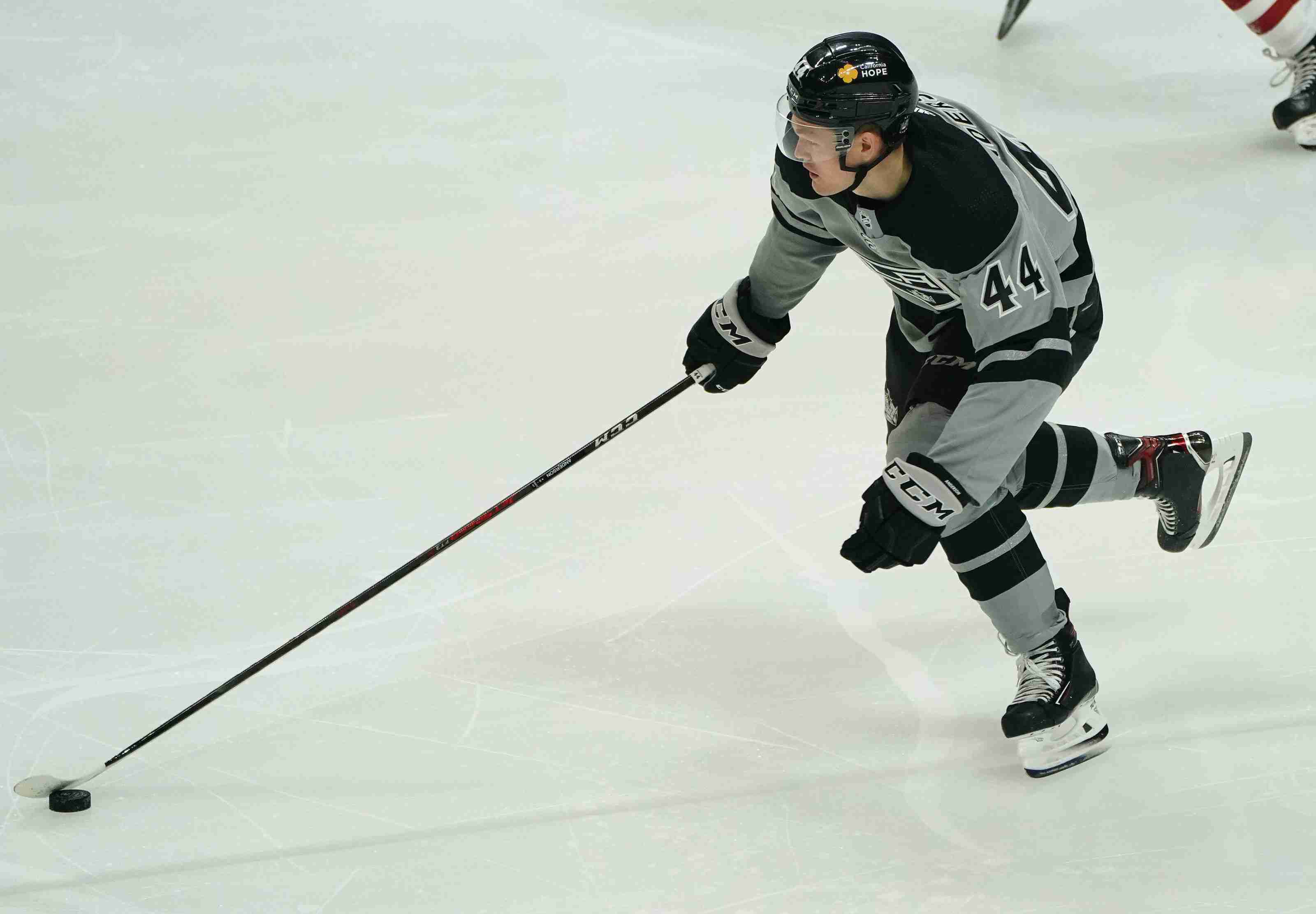 Defenseman Mikey Anderson had a rough first half of eh season with low production and a trip to the IR with an upper-body injury. In 44 games Anderson has only posted 2 goals and 3 assists for 5 points but was a +6 on the top pairing with Drew Doughty. Does he recover both physically and mentally to help push the Kings towards a playoff spot?

The second half is where the points become crucial in the hopes of a playoff spot. The Kings have played extremely well, however, do the three players above rebound and take control of their destiny?