In a season where there has been success, there has also been adversity. Adversity in the name of the Kings defensive core. The top 6 have been a mad scramble for most of the year.

Injuries to Drew Doughty, Mikey Anderson, Sean Walker, Alex Edler, and Tobias Bjornfot have forced the Kings into making adjustments, some of them last minute, to fill out the pairings. That is where AHL affiliate, the Ontario Reign, come in to play. Sean Durzi has been an all-star for this team since his arrival. Jacob Moverare, Jordan Spence, and Austin Strand have all appeared for the Kings in this short-handed situation.

Durzi has been the most effective, playing with grit, leading the first power play, and also seeing time on the penalty kill as well. Jordan Spence had been lighting it up in Ontario and recently made his debut. His offensive skills are off the charts and he has a bit of Drew Doughty in his game. 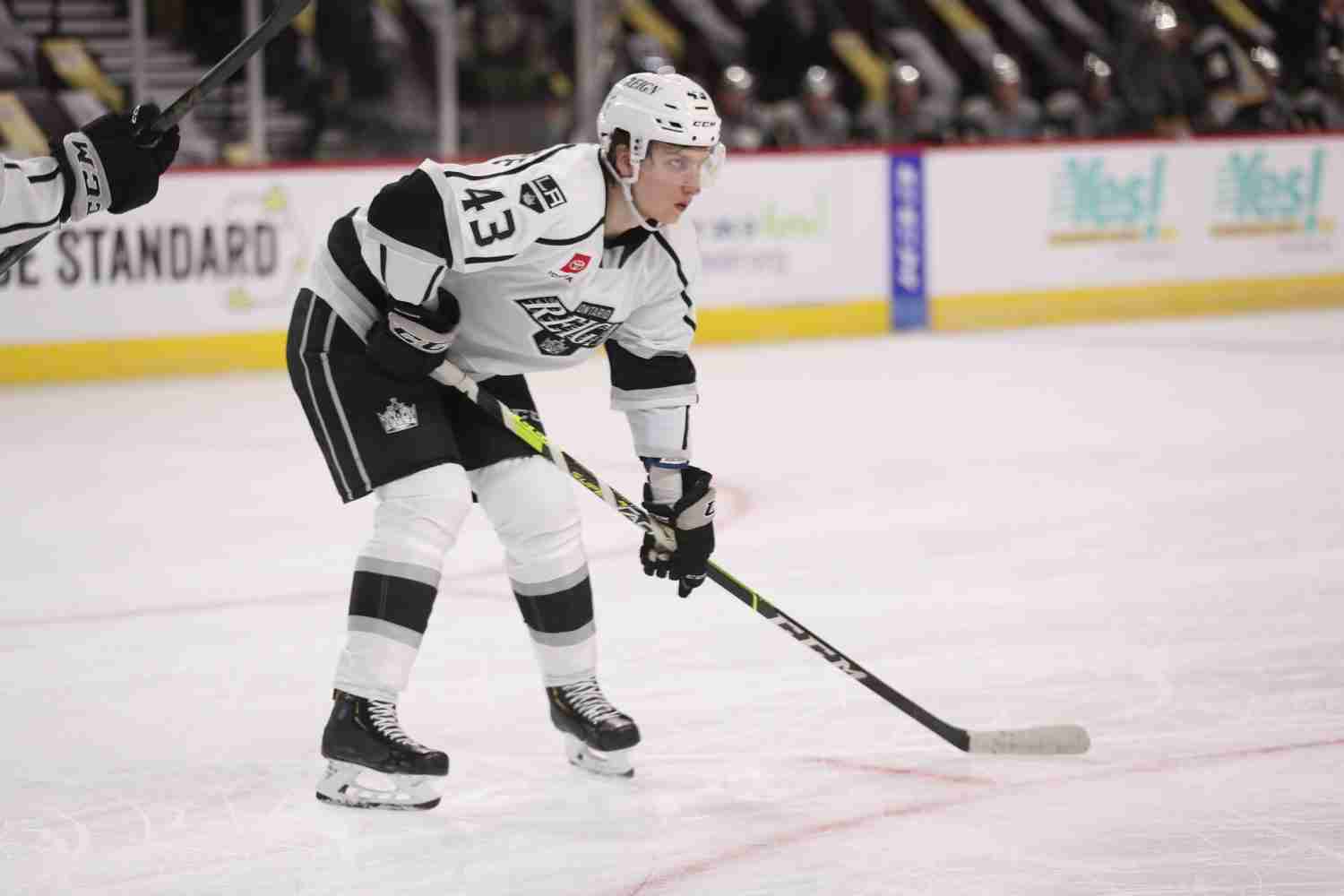 Moverare has also been a nice addition. Although not as offensively gifted as Durzi and Spence he has a powerful shot and he has a nice outlet pass. His game is at the defensive end where he has been solid since his call-up.  Strand has been good as well, concentrating on getting those pucks out of the defensive zone and clearing space in front of goaltenders Jonathan Quick and Cal Petersen.

When the time comes all four mentioned above will be sharing NHL ice as full-time NHLers. Until that time comes watch them develop into mature, dependable defensemen who can easily lead this team, regardless of the situation.