The NHL just concluded their season awards show and, although the Kings won one award, they have had many awards over the years of the franchise. With Los Angeles winning two Stanley Cups in their history we look at the history of the awards presented to the players of the Los Angeles Kings. These are awards won by individual players, not team awards or all-star selections.

The Bill Masterton Memorial Trophy is awarded to the player who exemplifies the qualities of perseverance, sportsmanship, and dedication to hockey. Kings winners have been Butch Goring in the 1977-78 season, Bob Bourne in the 1987-88 season, and Dave Taylor  1990-91 season.

Luc Robitaille is the only winner of the Calder Trophy for the Kings during the 1986-87 season.

The Hart Trophy has been won by Wayne Gretzky, during the  1988-89 season. 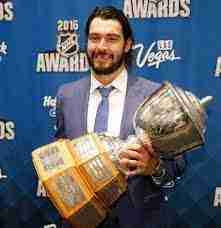 The Kings have had quite some success in terms of individual awards. The successes are presented to individuals who performed best but the awards could be looked at as team success as well.

With Demotion, Could Kings Petersen Be on Trading Block?