The Los Angeles Kings came into this season with the promise and hope of making another run at the Stanley Cup. Early on the Kings looked good. However, over the past four games, they looked completely different. The team has defensive issues that need to be addressed before it is too late.

The main concern coming into the 2022-2023 season was goaltending and defense. With the acquisition of winger Kevin Fiala, the offense looked primed for success. The offense has not been a problem, ranking third overall with 27 goals. The main concern is on the defensive side of the puck, both defense and goaltending.

Goaltenders Jonathan Quick and Cal Petersen have both been less than stellar, for lack of a better term. The kings have given up 33 goals, worse in the NHL. The team GAA is 4.29, and the save %  for both goaltenders combined is an overall .870%. 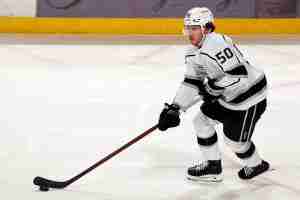 There is no easy fix for this. Coach Todd McLellan will likely let the players figure it out unless general manager Rob Blake thinks this is not fixable with the roster constructed the way it is. Are the Kings in a big hole? No, not yet. There are plenty of games left to play so this can be fixed.

I do expect changes if the same issues are there after January 1st. Playing the opposite side of the defense can be something the player has to get used to. As for the goaltenders, the biggest concern is Petersen, who has not looked comfortable since signing his contract extension. Quick has played his way out of struggles before. The Kings will be fine when all is said and done. The Kings is a well-run organization that strives to be perfect so this will run its course and work out in the end. The Kings played a complete, defensive-type game in last night’s 4-2 win over the Tampa Bay Lightning, so maybe this will turn things around.