Wednesday, February 1st, 2023
THE LATEST
Home Kings How the Los Angeles Kings Turned the 2022/23 Season Around

The Los Angeles Kings started the 2022/23 season playing .500 hockey while also trying to figure out the defensive pairings. The Kings held the season together by playing close games and believing in each other.

What the Kings are doing better to gain points

The Kings are currently in second place in the Pacific Division with a record of 25-15-6 for 56 points. Early in the season, the Los Angeles Kings were hovering around the fourth place behind the Vegas Golden Knights, Seattle Kraken, and Edmonton Oilers.

The Kings have played solid hockey recently but what do they owe the turnaround to? Everyone. The entire team has transformed the way they were playing and sacrificed their own bodies to make the team better. The Kings are a more physical bunch as of late but are also blocking more shots than before as well.

The Los Angeles Kings are seventh in goals scored with 154 goals while ranking 12th in the league for goals per game with a 3.26 average. The power play is crisp with puck movement and players moving to get into shooting position, putting the power play success rate at 25%, which is seventh.

The Kings are also creating more offensive opportunities, shooting the puck more at the rate of 32.5 shots per game, which is 10th in the league. The faceoff wins have come more frequently in the past two months and they are now sixth in the league with a 52.9 faceoff winning percentage. 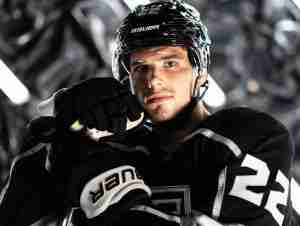 The two individuals who are mostly responsible for the Kings playing much better are winger Kevin Fiala and goaltender Pheonix Copley.

After a slow start, Fiala has turned it around and is now the player the Kings expected when they acquired him in the off-season from the Minnesota Wild. Fiala now has 16 goals and 31 assists for 47 points in 46 games. Nobody has been better at the forward position than Fiala, and the Los Angeles Kings are getting their money’s worth.

Goaltender Pheonix Copley not only is a story with the Kings franchise but he has been a hot topic across the entire NHL. Copley came into the King’s lineup due to Cal Petersen being sent down to the AHL Ontario Reign. Copley now has a 12-2 record with a .904 save percentage and a 2.56 GAA. Without Copley and his timely debut, the Kings may not be in this position. Their rise in the standings and their play as of late is the result of many players playing within the system but Fiala and Copley stand out the most.